You are here: HomenextTopicsnextSilent Night 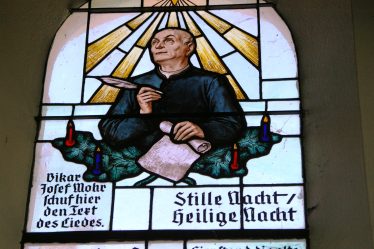 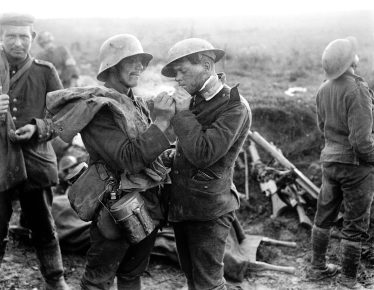 zoom
German and English soldiers during a truce on Christmas Eve 1914.
(CC BY-NC-Nd 2.0) via flickr.com

Silent Night is one of the most famous Christmas songs performed worldwide in multiple languages.

Credit is given to Josef Mohr for originally composing it as a poem in 1818. He was a priest in a small Austrian town. On Christmas Eve 1820, the organ in his church was found to be unusable. To avoid the disappointment of having no music to celebrate Christmas, he asked his friend Franz Gruber who was the church organist to help save the day. Gruber quickly composed a melody which he played on the guitar to accompany the poem.

Europe in a weakened state

Silent Night originally called “Stille Nacht! Heilige Nacht!”, was created during a very difficult time as Europe suffered the effects of the Napoleonic Wars leaving Europe in a weakened state. As the song became popular and was widely performed it seemed to have a soothing effect on it’s audiences.

singing was heard from the trenches

The song is famously associated with a truce during World War I on Christmas Eve, 1914 when singing was heard from the trenches. It is believed that about two thirds of troops took part. It is popularly thought that Silent Night was one of the Christmas carols sung.  Unfortunately, hostilities resumed shortly after claiming the lives of millions.

The song has been translated into hundreds of languages and in 1911 was designated by UNESCO as a treasured item of Intangible Cultural Heritage.