You are here: HomenextTopicsnextThe Imaal Bazaar 1926 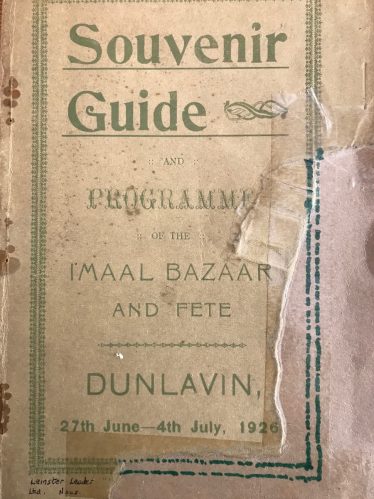 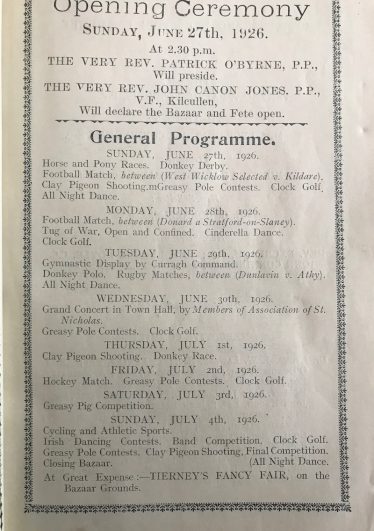 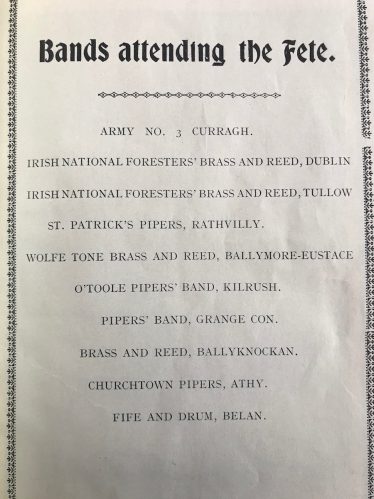 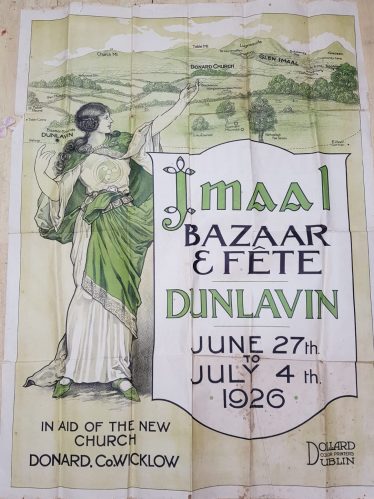 In 1926 a fete or bazaar was held to gather funds for the building of a new church in Donard village.

The bazaar was held in Dunlavin village and the tents and marquees were erected on land close to the parish owned by Mr. Charles Lawler. The event was officially opened on Sunday, 27th June by Very Reverend Canon Jones P.P. V.F. and carried on for a full week.  It was a huge event and was organised by a committee of about 35 people plus an overseeing committee led by Very Reverend P. O’Byrne and vice president Mrs. Lyons.

The event was advertised in the national and local press with posters distributed across the railway system of the country.  A special train left Dublin at 10.30a.m. calling to all the stations along the line to Dunlavin and return tickets cost 3/6.  The returning train left the station at 10.15p.m.  A special train was also put on from Tullow at 1.00p.m. and returning at 8.30p.m. with a ticket price of 2/6.  There were also buses from the Curragh, departing at 2.30p.m. on sunday and 6.30pm on the week days.  Part of the appeal  of such a week long carnival type summer event was as a holiday destination.  It is reported that thousands attended from all over the country.

Dances were an ‘All Night’ affair.

By night the crowds enjoyed dancing competitions for fox trot and Irish dancing in a marquee which was 120ft long with a special ‘spring’ floor to enhance the quality of dancing.  Splendid bands, as they were referred to, entertained the dance goers and the army band was there every evening. A list of the bands was listed in the souvenir programme.  Several of the dances were an ‘All Night’ affair.  Very importantly the catering for the dances was supplied by Mrs. Timmins of Naas.

An original souvenir programme was put on display by Chris Lawler of Dunlavin and a special thanks goes to him for allowing us to share several photos of it in this article.