You are here: HomenextTopicsnextRaths or Ringforts

The most common archaeological feature on the Irish landscape is the Rath also called the Ring Fort. 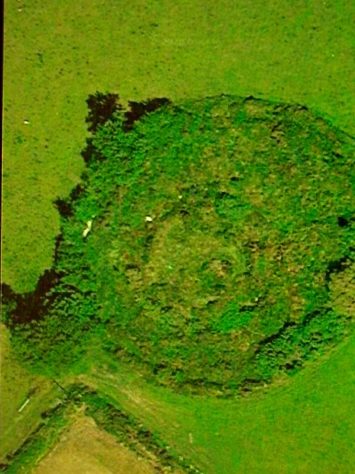 Generally they were circular enclosures 20-40m diameter consisting of an outer earthen bank with wooden fencing on top.  Outside this there was a ditch, sometimes more than one.  The ditch may have provided the material for the bank.  Where soil depth was scant, the bank was constructed of stone.  This type of rath was called a Cashel.  Within the enclosure  wooden structures were built to house the occupants,  cattle and workshops.

Raths were made to protect the occupants and their cattle from raiders and predators.   A preference for sloping sites gave not only good access to better drained land but also good visibility over the surrounding terrain where other raths were sited thus giving warning of impending attack.

The status of the occupants

There are different types of raths based on size and the number of ditches surrounding them.  Univallate (one ditch);  bivallate (two ditches);  and multivallate (more than two).  The class of rath may have reflected on the status of the occupants.  In some cases there are two raths in close proximity.  This may have been done to separate the occupants from the cattle and workshops.

There is a good example of a multivallate rath in Donard Demesne East.  And at Kilbaylet Lower there are two raths very close together. 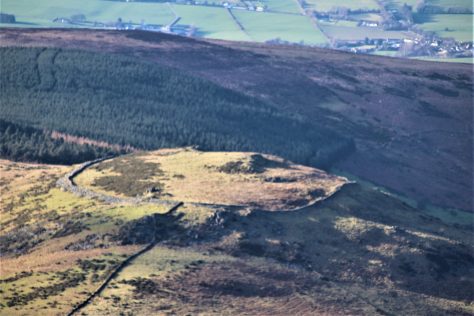 The rath or ringfort should not be confused with the hillfort e.g Brusselstown Hill Fort.  Raths were mainly constructed from 500 to 1100AD as farmsteads with limited protection.   Hillforts were built in the late Bronze Age for defence purposes on hill top sites.