You are here: HomenextTopicsnextMurrain Cross 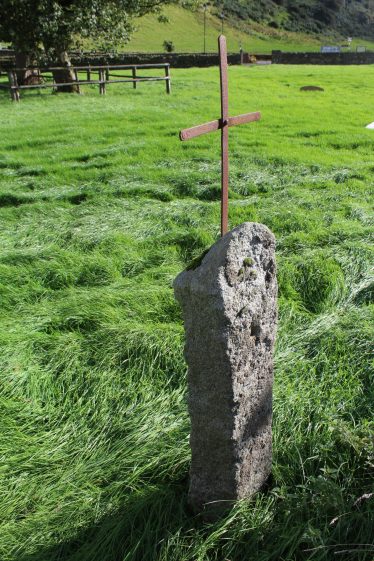 Up to recent times in parts of West Wicklow there were Murrain crosses in some fields.

They were erected in the 19th century in the belief that they would protect cattle from the plague-like diseases which were rampant at that time.  The crosses were made of iron and fixed into boulders in the fields where cattle were kept.  The word “murrain” dates back to the 14th century and comes from the old French word “morine” – which is from “morir” meaning to die. (1)

In 1948 the historian Liam Price came across these crosses in the Dunboyke area and was told by a local resident that another existed nearby. Their location is unclear today. However, there is a Murrain Cross in Hollywood in the field adjacent to Tutty’s pub.