You are here: HomenextTopicsnextInteresting Headstones 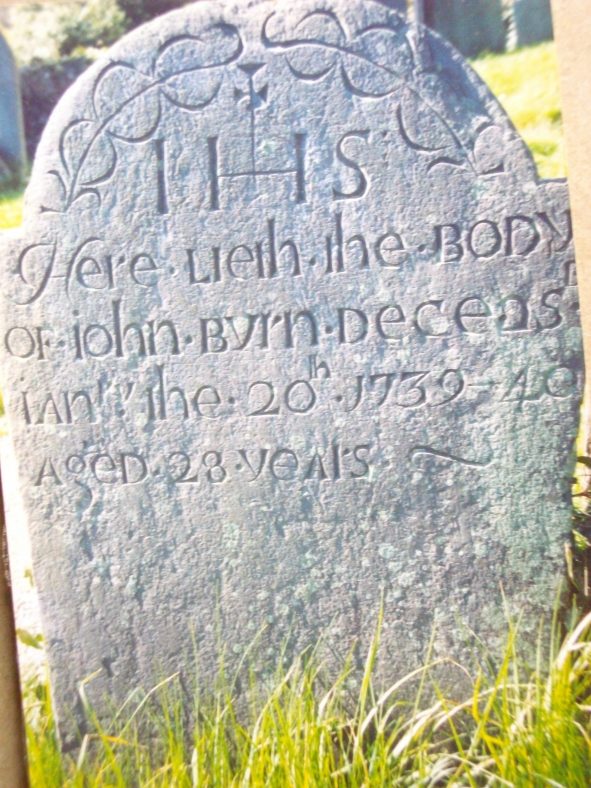 Take a look at the date on the headstone in the photograph – 20th January 1739-40.  Why are there 2 year dates?  The answer requires us to go back as far as the Julian calendar. 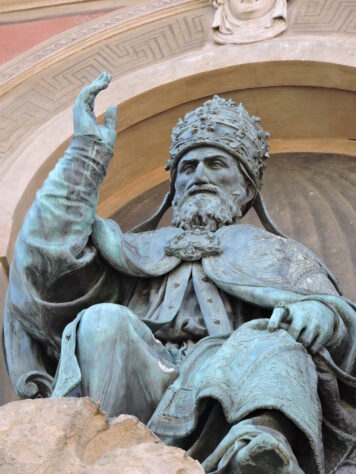 The Julian calendar was proposed by Julius Caesar and it took effect on 1st January, 45BC.  It was used in the Roman Empire and by most of the western world until 1582 when Pope Gregory XIII

The Gregorian calendar was quickly adopted by most western European Roman Catholic countries and gradually by the Protestant countries.  England and Ireland did not adopt it until 1752.  In England and Ireland up to 1751 the new year began on the 25th March (Lady Day). Thus in England for example the day after 24th March 1720 was the 25th March 1721.   Lady Day is termed a Quarter Day which defines the start of a quarter period in a year.  The other Quarter days are Midsummer Day (24th June),  Michaelmas Day (24th September),  and Christmas Day (25th December).  Interestingly, Quarter days are still used in legal circles today.

There was much resentment in late 1752

The Calendar Act of 1751 in England and Ireland changed the start of the year to the 1st January beginning in 1752.  Thus 1751 was a short year as it only ran from 25th March to 31st December of that year.  Following that in September 1752, England and Ireland switched from the Julian calendar to the Gregorian one and in order to achieve the change, 11 days were omitted from the calendar to align with the solar year  i.e. the day after the 2nd September 1752 was the 14th September 1752.   Lady Day 25th March was traditionally the day when rents, taxes and contracts were due but there was much resentment in late 1752 and early 1753 to having to pay these charges early by 11 days so the tax man shifted the due date to 5th April 1753 and that is why the UK and Ireland tax year started on 6th April. 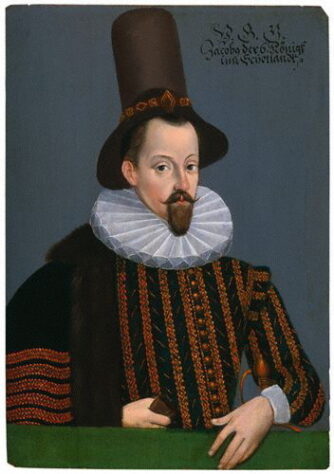 In 1600, Scotland changed the 1st day of their year to 1st January.   So, when James VI of Scotland became James I of England on 24th March 1603,  the possibilities of confusion were large because Scotland’s year started on a different date to that of England and Ireland.  The inscriptions on both headstones in the photographs are examples of the confusion that reigned. 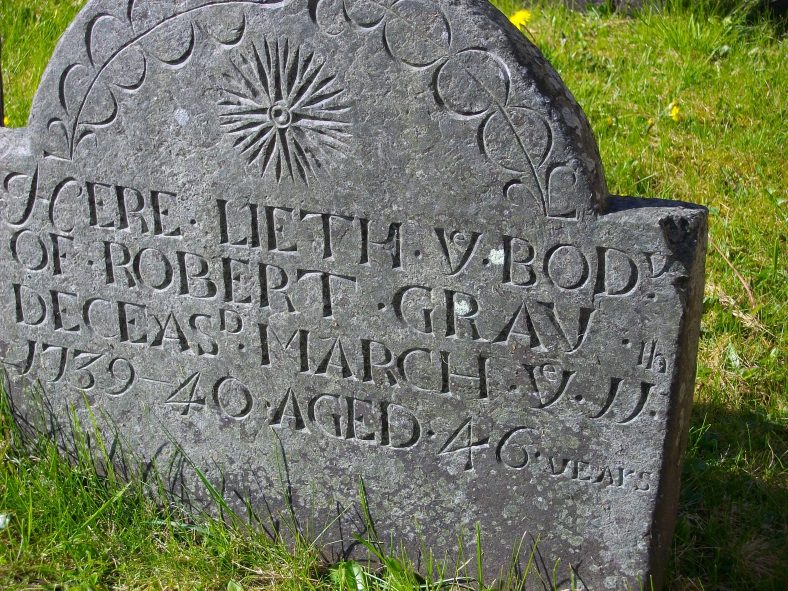