You are here: HomenextTopicsnextCorn Rick Stands

In the 19th century the corn rick stand was a common feature on many Wicklow farms. 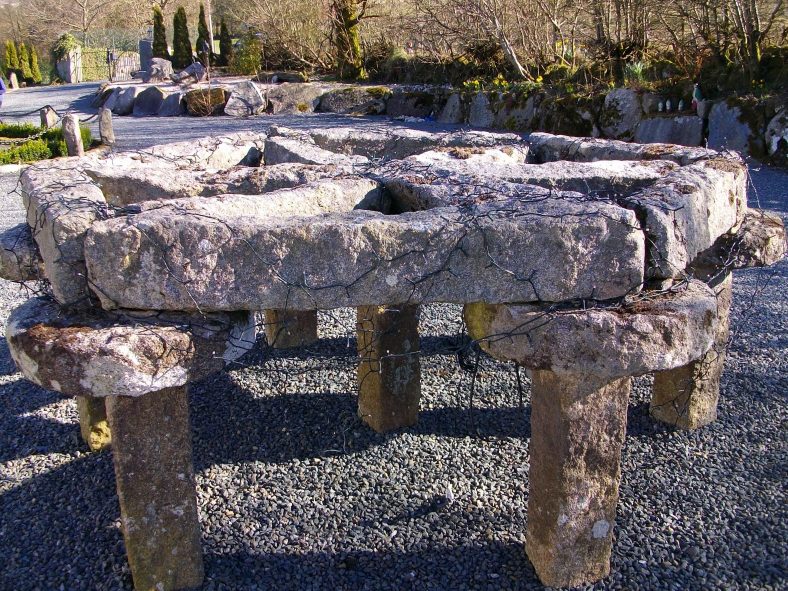 Located in the haggard they were comprised of six upright pillars each ap 0.6m high equally spaced in a circle with a stone pillar in the centre.  A stone cap, usually circular was placed on each pillar.  Stone beams spanned from cap to cap on the perimeter and also to the centre pillar, giving a horizontal platform similar in design to a wooden cart wheel with hub, spokes and rim of ap 3 metres diameter.  When in use, timber or branches were placed across the platform and the crop of corn or hay was placed on top.  This gave the crop an opportunity to air-dry at the same time protecting it from rodents which could not surmount the capstones. 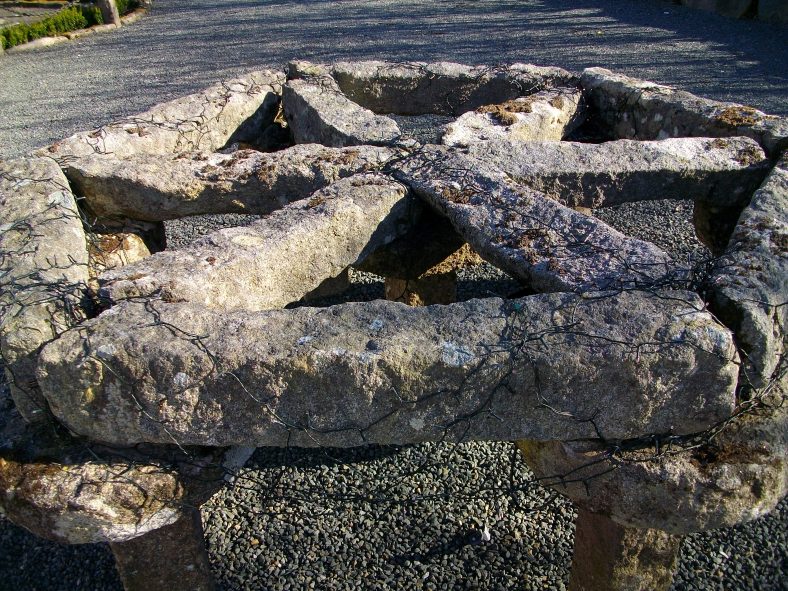