You are here: HomenextTopicsnextWool sales in Donard in the 1950s

This explains how sheep farmers earned a good living from wool sales. 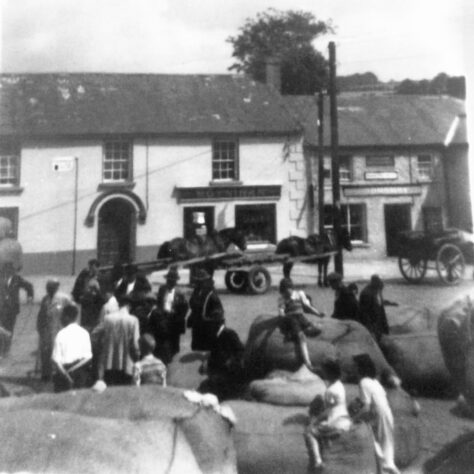 Shearing began towards the end of May continuing to the end of June. About a week before shearing the sheep had to be washed in local streams to rid the wool of grease. The merchant came once a year to many villages in Ireland to buy the wool.

He came to Donard when shearing was completed. The wool sale was held in front of Moynihan’s pub. Children spent much of the day playing outside and used to get into the packs and jump on the wool to compress it. These wool sales finished in 1962.

When wool was gold

The industry peaked in the early 1950s. In March 1951, the term “a pound for a pound” meant just that when prices shot to a level never seen before. The record average price reached was 144.2 pence a pound. When wool was gold, a lot of farmers might have three years stock of wool to sell. It is said you could buy a farm when you got paid.

In the 1950s wool was the most important part of the sheep. Farmers kept most of their lambs. The ram lambs might be three years old before selling. They became wethers i.e. these are adult male sheep used for wool production only and not for breeding. There was about six pounds of wool on each of those sheep. So, at the record price achieved in the 1950s, six pounds of wool would earn the farmer £3 and 12 shillings per sheep. Today, in euros that would be approximately €88. By comparison wool makes 50c per kilo today. Six pounds of wool today makes approximately €1.35.

Donard/Glen ran the All Ireland Sheep Shearing Championship in 1994. 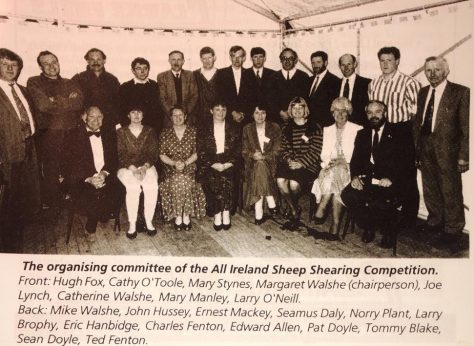