You are here: HomenextTopicsnextLime Kilns 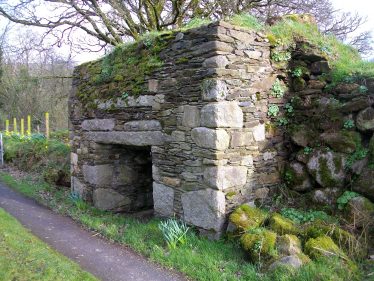 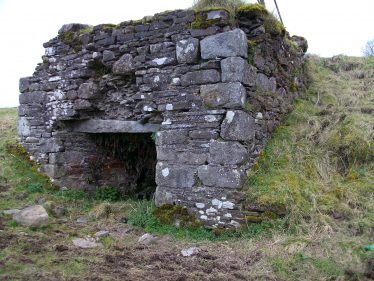 This is an overview of the history of lime kilns in Ireland.

Industrial heritage in the Irish landscape

The lime kiln is one of the most common features of industrial heritage in the Irish landscape.  Much of the lime produced by the small kilns was used for agricultural and domestic purposes but lime from larger ones was used for many other duties such as hide preparation for leather making, lime wash, water proofing walls, bond mortar and industrial purposes.  Lime has been produced for thousands of years.  The Romans were great exploiters of the material.  During the medieval period when the great castles, abbeys, cathedrals and priories were being built lime mortar was in great demand and so kilns were constructed on site.

Lime is produced by heating limestone to a temperature of 900-1100 degrees C whereby the carbon dioxide in the calcium carbonate is driven off leaving calcium oxide i.e. quicklime.   This process is called calcining.  The quicklime when mixed with water gives slaked lime.  Slaked lime reacts with the water and carbon dioxide in the air and so reverts back to calcium carbonate.   Quick lime mixed with an excess of water makes  a lime putty and if this putty is mixed with sand then a type of mortar is produced which hardens as it ages over the years.

The intermittent kiln and the continuous kiln

The whole process of lime making could take a week

The intermittent lime kiln basically was an open topped chamber with a draw-off ope at the base.  At the base of the chamber a fire cavity was formed under a dome of large lumps of limestone.  The charge of limestone, fist-size lumps, was then placed above the dome of the fire cavity to fill the chamber.  Initially a fire was lit to dry the charge and then it was increased to high temperature for calcining to take place.  When calcining was complete the kiln was left to cool and the ash was drawn out.  The lumps of lime were then removed.  The whole  process of lime making could take a week.

Powdered lime was needed to improve the soil and enrich the crops and so lump lime (quicklime) had to be slated i.e. mixed with water.  This could be done out in the fields by distributing lump lime in heaps around the area to be treated and left to absorb water from  the atmosphere.   In due course the lump lime would turn to powder and then be ploughed into the soil.