You are here: HomenextTopicsnextKnocknamunnion Factory 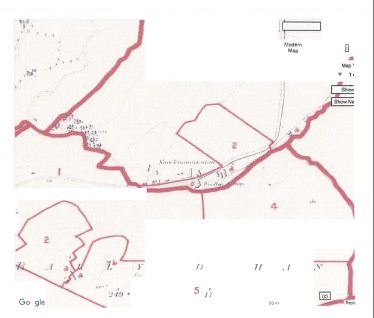 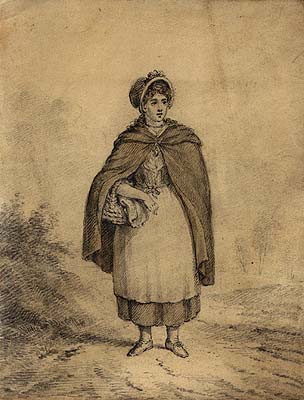 High in the hills of the Glen of Imaal stood the Frieze Blanket factory at Knocknamunnion. Today, not  a trace can be found and the area is now in the military range of the Irish Defence Forces.

Frieze is a rough woollen fabric.  There were factories also in Ballymore Eustace and Rathdrum in the east of the county.  Samuel Lewis writes in 1837 of a factory making blankets and frieze in Knocknamunnion.

The quality of the land was taken into account

Between 1852 and 1854 Sir Richard Griffith and his team carried out an extensive survey of the land and its tenants in county Wicklow.  This was done for tax purposes and the quality of the land was taken into account.  According to this survey,  which came complete with maps, the factory is listed along with the other residents of the area.  Mr William Evans is listed as the owner of the factory on land leased from Richard Finton, (I think this should be Fenton).

By the time of the 1901 census of Ireland there are no longer any Evans in the Glen of Imaal and no sign of the factory being mentioned.

Factory as belonging to a Mr. Hoare

Mrs. Byrne of Ballymahon, Donard talks of the factory as belonging to a Mr. Hoare and she writes the following in the late 1930s:  ‘Hoare used make tweeds and blankets.  He did not employ very many-but had a boy to mind the looms.  It is over 50 years since the factory worked’.

Factory had ceased to trade

On further investigation I have found that the Hoare family in Knocknamunnion owned the factory in the 1870s.  By 1878 he refers to himself as a farmer on the birth certificate of his latest child.  This leads me to believe that the factory had ceased to trade by this date.

In the Duchas folklore collection there are recollections from local people of the factory and the blankets that came from it. The Duchas school collection is a collection of short essays compiled by over 50,000 school children all around Ireland between 1937 and 1939. The local schools involved were Seskin, Donard, Davidstown and Knockanarrigan.