You are here: HomenextTopicsnextSamhain (Halloween)

The origin of Samhain is found in Celtic Ireland. The Celts who began to arrive in Ireland around 500BC celebrated the festival of Samhain on the evening of 31st October. 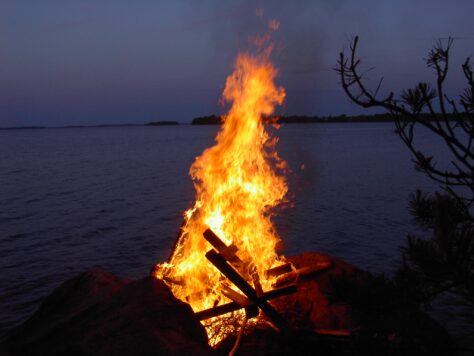 To protect themselves from the evil souls

The Celts believed that a day began in darkness and continued into light.  Winter with long dark nights was the start of their year progressing to longer days in Spring. To mark this transition they celebrated Samhain. Old fires were extinguished and re-lit by the Druids. All crops were harvested and stored and livestock were brought in from the fields. But it had another aspect to it. On this night they believed that the souls of the dead, both good and harmful, returned to their homes. To protect themselves from the evil souls, they lit bonfires, wore frightening masks and costumes and created loud noises to drive these evil spirits away.

The Celtic pagan culture was eventually modified by Christianity by creating 2 dates to celebrate Saints and Souls:  All Saints Day on 1st November created in the 9th century.  ‘Hallow’ derives from ‘All Hallows Eve’.  ‘All Hallows’ was another name for All Saints. 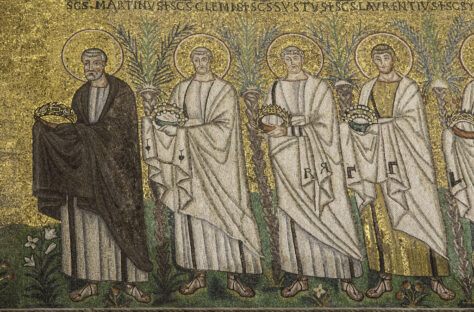 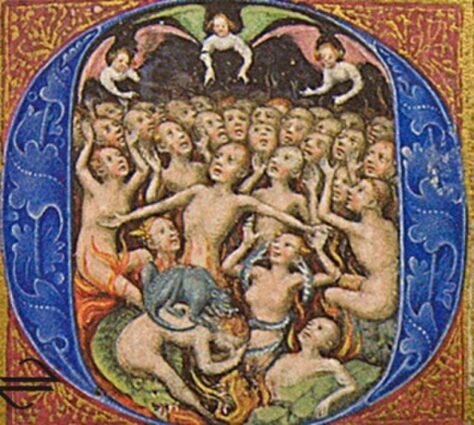 All Souls Day on 2nd November created in the 11th century. Originally it concerned death and purgatory but later a belief evolved that the souls in purgatory could return as ghosts, witches or toads and haunt those who had wronged them.

Abducted by the fairies

Over the centuries tales and legends about Samhain or Halloween were passed from generation to generation. For example:  The Puca was said to spit on wild fruit which then must not be eaten. When passing a ring-fort a person might be abducted by the fairies. 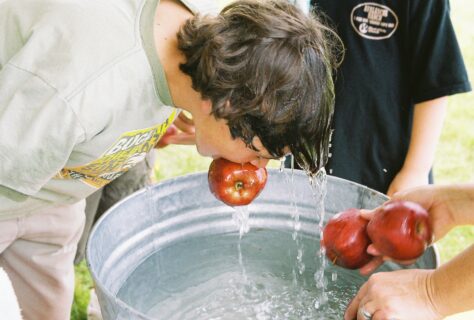 Caleb Zahnd (CC BY 2.0) via Wikimedia

In more recent times games were developed for children e.g. snapping for apples or dipping in a basin of water for coins; trying to predict their future – would they marry, become rich or poor. Telling the future (or divination) was a large part of the festival of Samhain for the Celts. Trick or Treat is the current modern version of Halloween where children dress up disguising their appearance and visit homes demanding gifts of sweets. 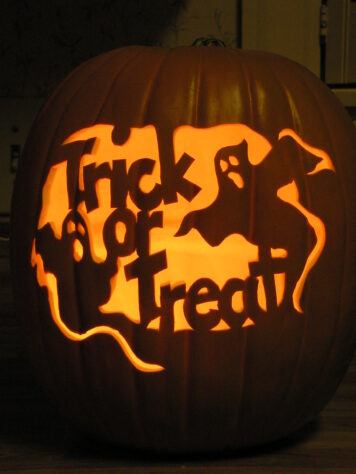