You are here: HomenextTopicsnextFrom the Black Death pandemic to the Living History Covid-19 pandemic 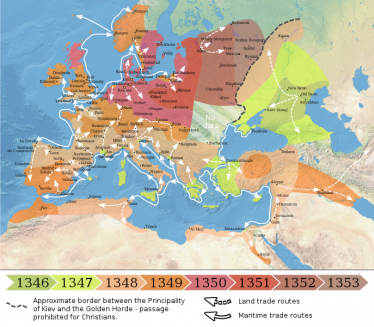 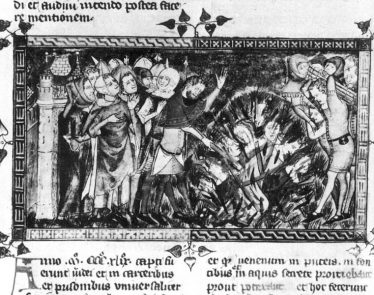 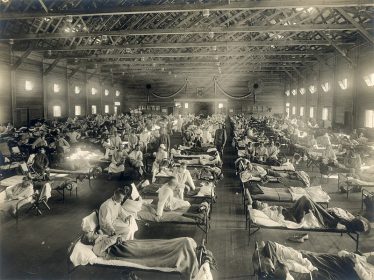 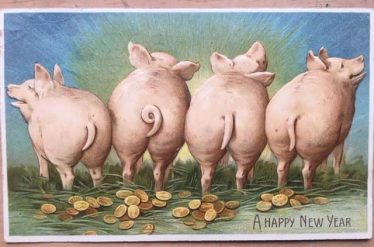 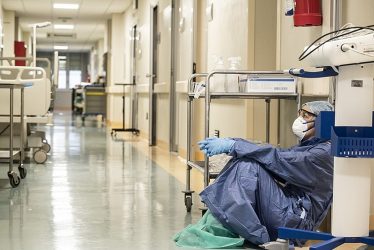 A pandemic is defined as an outbreak of a disease over a wide area affecting a large percentage of the population. This a brief overview of some of these pandemics from the 14th century to 2020.

Let’s begin with the Black Death also known as the Bubonic Plague. It was a contagious bacterial disease causing fever, delirium, swollen lymph nodes and lung infections. It peaked from 1347 to 1351 causing 75-100 million deaths world wide. It most likely originated in Central or East Asia and moved along the Silk Road to the Crimea in 1347. It then spread widely across Europe and West Africa through fleas infesting black rats. The rats acted as hosts and moved freely via merchant ships travelling widely. However, the rapid spread is thought to have been caused by human transfer as they developed pneumonia rather than by its initial migration via the fleas.

It is possible this pandemic reduced the world population from 475 million to 350-375 million by the 14th century. War, famine and weather played a part also.

The next most serious pandemic was the 1918-1920 Influenza also known as the Spanish Flu. This was caused by a H1N1 Virus and infected 500 million people (1/3 of the population) worldwide. 20-50 million people died. While there is some debate as to the origin of this flu strain, it did not originate in Spain, but was first documented in the USA followed by Europe.

It’s deadly effect was aided by the consequences of World War 1 through malnourishment, overstretched hospitals, and poor hygiene. The second wave was the most serious spreading rapidly via troop movements from the USA to Africa, Europe and Russia. A third wave also had a strong impact. Overall, the 1918 flu pandemic caused 20-50 million deaths adding to the 20 million killed during World War 1.

Next up was the 1957-58 Influenza H2N2 virus pandemic. It originated in China and 1 million people died. People had little immunity to this flu because it was an unusual strain of avian and human flu viruses.

2009-2010 saw the H1N1 virus or Swine flu strike. This virus was the same strain as the 1918 flu. Again, its origin is widely debated. It was reported as starting in Mexico but possibly Asia and possibly transferred from pigs to humans. Pigs and humans have a similar immune system which makes it easy for viruses to cross between them.  The WHO maintain that 284,500 people died.

And to our living history pandemic called Covid-19 caused by a virus called SARS-CoV-2. It was first identified in China in Dec 2019. The WHO declared a pandemic in March 2020.  The SARS virus or Severe Acute Respiratory Syndrome is caused by transmssion from animals to humans.  It is one of many coronaviruses that exist.  Most cause no more than the common cold.  But the current virus is virulent.  To date, its effects show a high infection rate and overall a moderate death rate unlike the Black Death and the 1918 flu.

In summary, of these 5 pandemics, only the Black Death was caused by a bacteria. The other 4 were caused by a virus. All have an animal to human transmission history. And all are aided by population movement, close human contact, poor hygiene standards and human droplet transmission.