You are here: HomenextTopicsnextA Cottage Industry in the Glen of Imaal

A Cottage Industry in the Glen of Imaal 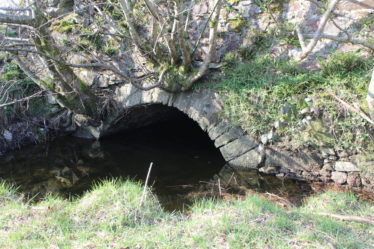 This is about flax growing in the Glen of Imaal.

In the early 19th century flax growing was carried out in the Glen of Imaal.  This may have been connected to the linen industry which had flourished in neighbouring Stratford on Slaney at the end of the 18th century.

Flax fibres are soft, lustrous, smooth, straight and flexible with bundles having the appearance of blond hair, hence the description “flaxen hair”.  The fibres are at least twice as strong as cotton fibres even though cotton eventually superseded flax in usage.  While the availability of synthetic fibres has reduced the importance of cotton and flax production for fibre use, flax still has a role to play in nutrition, health products, animal feed and some industrial products such as linoleum and printing ink.

The local process to turn flax into linen

William Hanbidge, in his “Memories of West Wicklow”1 gives a description of the local process to turn flax into linen.  The flax was sown in early Spring and when harvested by pulling but not cutting, it was tied in sheaves and taken to a pond very close to Kelsha Bridge where it was submerged.  The original retting pond still exists today.  After a few weeks soaking which dissolved the inner stem leaving the fibres and straw behind, it was taken out to dry.  The dried flax was then bundled up and put away until winter when it was dried thoroughly over a fire.  The flax was then crushed to break up the straw into small pieces after which the broken straw was scraped from the fibres.  Then the fibres were combed to give clean, long fibres suitable for spinning.  The yarn produced from the spinning was then sent to a weaver who wove it into linen.  All of these operations were carried out by the families of the farmer and weaver on their own property.

Here are some of the technical terms used in flax production

Retting (called bogging by William Hanbidge) – is the process of rotting away the inner stalk leaving the fibres and coarse outer straw intact.

Breaking – leaves the straw in short pieces but leaves the fibres undamaged.

Scutching – scrapes the straw pieces from the fibres.

Heckling – is the fine combing of the fibres to remove any straw and short fibres leaving only clean long, straight fibres suitable for spinning into yarn.