You are here: HomenextTopicsnextCarriage Driving 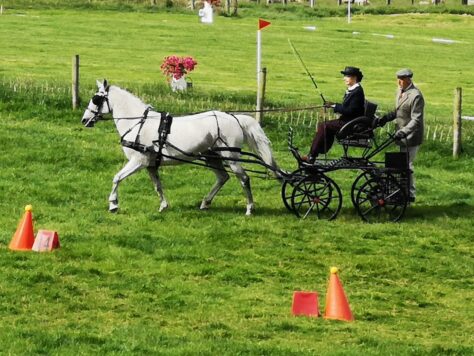 There was a Carriage Driving event held in Donard on Sunday, 13th June 2021 and it got me wondering about the origin of the sport. 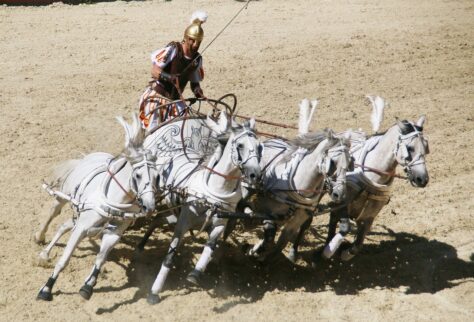 The carriages reminded me of the chariots some of us will have seen in the epic film Ben Hur released in 1959.  The stand out scene is the chariot race.  Follow this link to see the dramatic action:  https://www.youtube.com/watch?v=frE9rXnaHpE

The film is about a wealthy prince and merchant living in Jerusalem in 26 AD.  But it is thought that horses were harnessed from ap 2500 BC in the Middle East and used in war, transport, agriculture and sports.  And in Ireland from ancient times until the Middle Ages, when the country was divided into kingdoms, each kingdom would have a large gathering of its clans called an Oenach.  The most famous gathering was Oenach Tailten (the Tailteann Games) held annually in Co. Meath presided over by the King of Tara.  Activities included horse and chariot races.  Also, there were five main roads radiating from Tara called Slighthe (roads).  Each Sli was wide enough to allow two large chariots to pass each other. 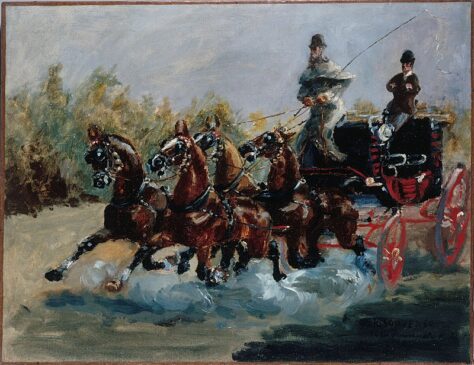 By the 16th century in Europe a coach and horses was a prime mode of transport.  In America, as people began to spread across the continent, early settlers relied on wagons and horses for transport and sleeping.

However, in the 19th century the introduction of the rail road and the steam train provided a new mode of transport followed by cars and paved roads.

Today carriage driving is a sporting and leisure activity over-seen by the  Federation Equestre International (FEI). 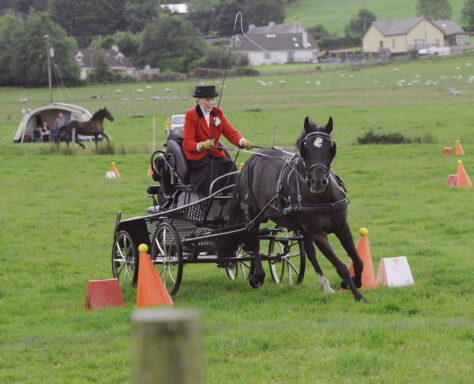 A series of competitions are held in Ireland and the UK where carriage driving is a competitive event.  This involves horse driving in harness where two or four wheeled carriages are pulled by a single horse, or a pair (tandem) or a four-in-hand team.  The driver and horse(s) must complete three tests:  Dressage, Marathon and Obstacle Driving.

Dressage is a series of compulsory movements in an enclosed arena.  Judges award the smoothness of the movements, the obedience of the horses, impulsion and correct positioning.  The Marathon is a course of natural and artificial obstacles over a maximum distance of 22km.  Obstacle driving is a cone course that tests the horse’s shape after the marathon.  The aim is to drive through a narrow track outlined by the cones which have balls balanced on top of them without knocking off the balls.

In Ireland, the sport is administered by the Carriage Driving Section of Horse Sport Ireland.  To find out more information on local and national events visit the supporters website http://www.horsesportireland.ie/disciplines/carriage-driving

So, back to Donard – there were no Ben Hur style chariot races or warriors engaged in battle.  But, there was plenty of action with twenty-two teams competing. 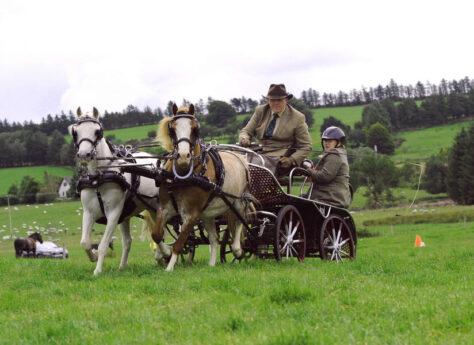 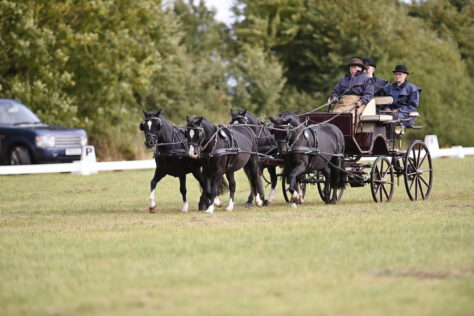 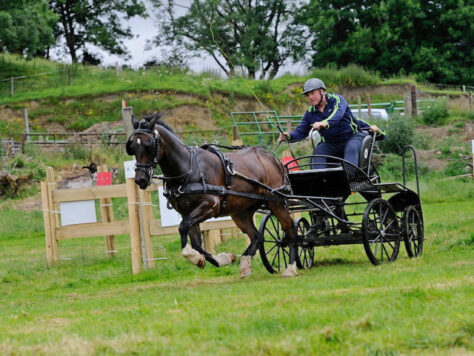 Henry Morris:  The Journal of the Royal Society of Antiquaries of Ireland.  Volume LXV111 Part 1.  1938