You are here: HomenextTopicsnextThe N81 from the Embankment in Dublin to Tuckmill Cross, West Wicklow.

The N81 from the Embankment in Dublin to Tuckmill Cross, West Wicklow.

We are all well-seasoned commuters on the N81 and intimately acquainted with the continuous traffic.  But there is more to it than traffic.

From Terenure you are travelling the route of the Dublin to Poulaphouca Steam Tramway which operated from 1888 to 1932. Eventually it passed the now closed Embankment Pub.  The tramway was embanked to provide  a gradual rise to this point. 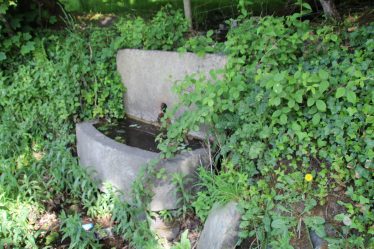 Up the hill towards Crooksling and after Meagan’s Lane, on the left hand side, there is  a water trough which was provided for the carters’ horses on their return journey to the granite quarries in West Wicklow.  The last house on the left before St. Bridgets Hospital, was originally a constabulary barracks. 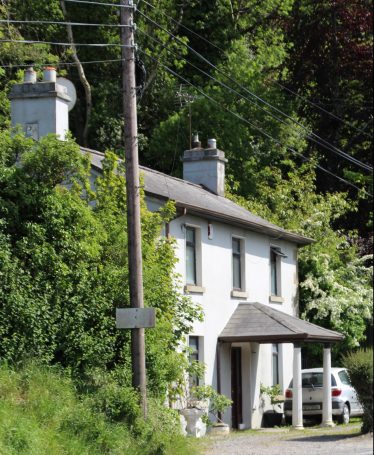 Brittas, the Lamb and Tinode 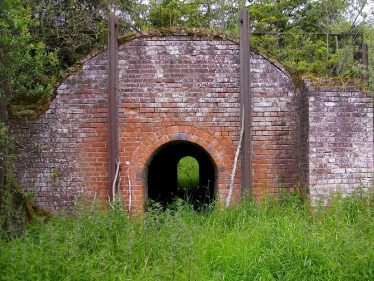 Brittas, which is reached next, used to have a Toll house.  The 18th and 19th century toll roads in Ireland were abolished by 1859.  Shortly after Brittas is the Lamb.   On the left hand side, after the Manorkilbride junction,  are the remains of a brick kiln, now sporting some trees growing on its roof.   The next house on the left was originally Tinode post office.

A marker stone with the letters B&P/D&B.

Entering Blessington, there is a milestone c1770 on the right hand side.  Before Charles Camping on the left, is a good example of a toll house.   Opposite Supervalu, there is a marker stone with the letters B&P/D&B. 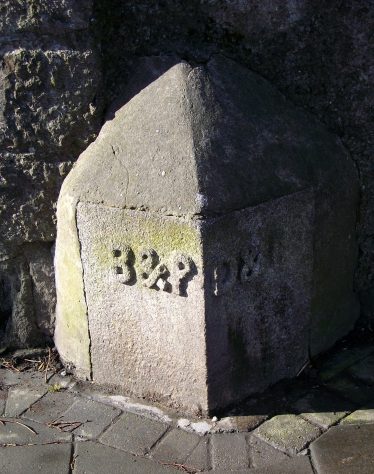 This relates to the Blessington to Poulaphuca and Dublin to Blessington Steam Tramway.  Some interesting buildings in Blessington are St. Mary’s Church of Ireland built in 1683, the Monument and water trough built in 1865 by the landlord for his tenants’ benefit and the Market Hall built c1820 which incorporates the Downshire family coat of arms . 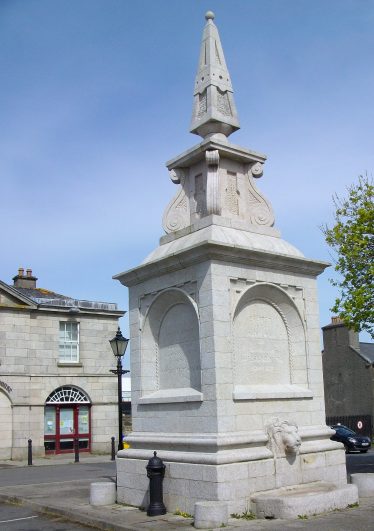 The Monument, Blessington with the Market Hall behind. Jim Butler © 2020 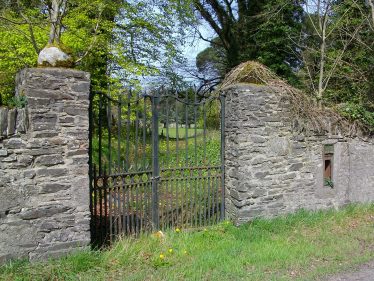 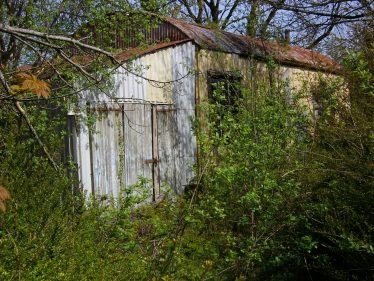 Continuing to the Ballymore Eustace junction, on the right side there is a shed with a red steel curved roof.  This is all that remains of the Steam Tram siding and goods shed. 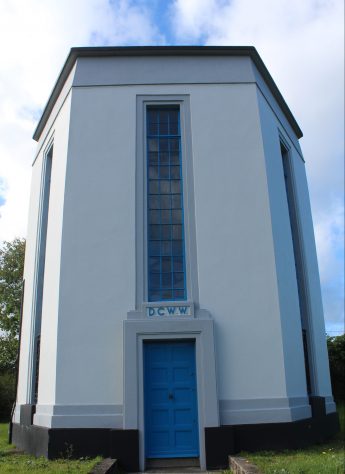 At Poulaphouca on the right, is the art deco Dublin Corporation water works tower.

Another art deco example is the disused security building of the ESB power station.  Across the road from it, the lay-by was the site of the engine house and goods shed for the Steam Tram.  The adjacent house was the booking office and passenger waiting room.  The Poulaphouca Bridge built in 1829 crosses the river Liffey.  In the grounds of the nearby hotel is a World War 11 military bunker. 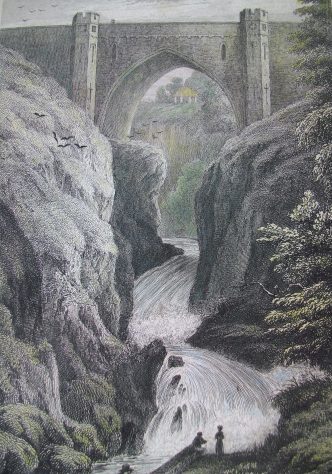 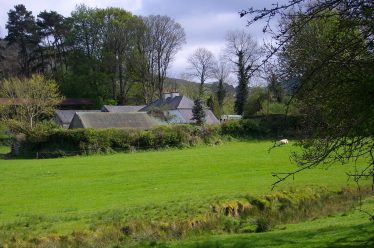 Just before the Ballysize/Ballymore Eustace junction, on the left, the two storey house was a police station.   Passing under the high tension power lines before Hollywood Cross, the building on the left set back in a field, was the site of a constabulary barracks. 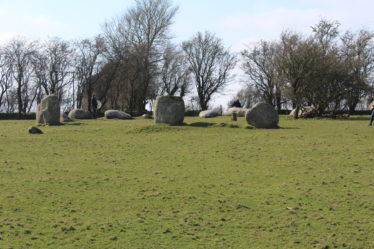 After Hollywood, on the left, is the entrance to the Piper’s Stones.

Beyond that, is Annalecky Cross and the Tollhouse Pub which itself is dated 1860.   However, it also incorporated a toll house up to 1859 when all toll houses were disbanded. 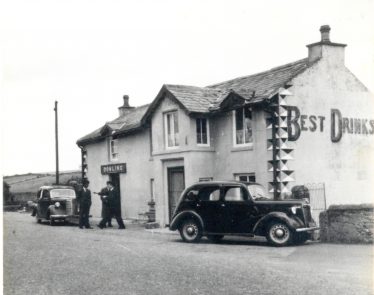 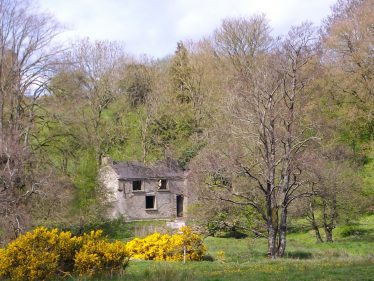 At the Whitestown junction, on the right, is a ruined two story building which was the site of an old water powered corn mill.

There is also a good view of the old four-arched bridge over the Carrigower River. 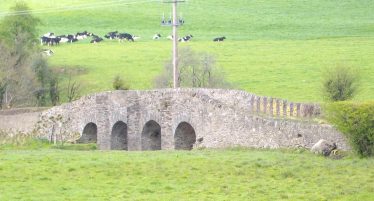 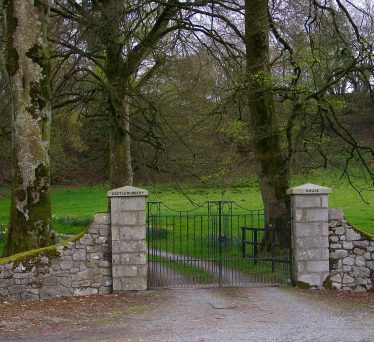 Continuing on, you pass the entrance to Castleruddery House built in 1810 and you cross the river Slaney via Waterloo bridge.

Beyond that, Stratford-on-Slaney can be seen on the right.  In the 1800s, this village had a large linen and cotton industry.  Beyond this at Manger, is one of the oldest bridges in the area dated c1750.  It has five arches. 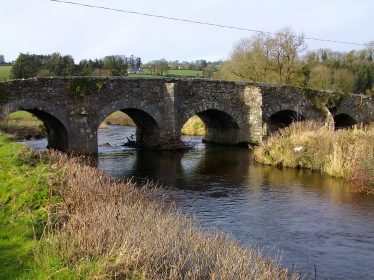 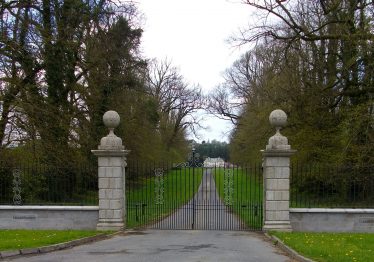 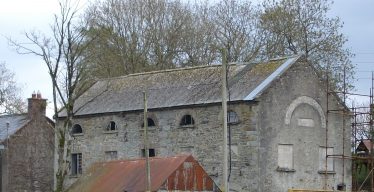 And lastly on to Tuckmills Cross, where there was another toll gate.  The remains of a water powered corn mill are on the left.