You are here: HomenextTopicsnextCigarette Cards 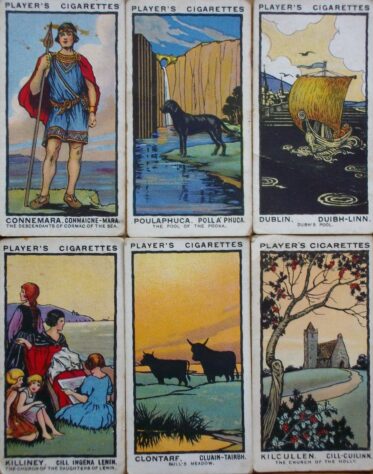 About 1840 shops and businesses in France began handing out to potential clients and customers trade cards, similar to the modern business cards. 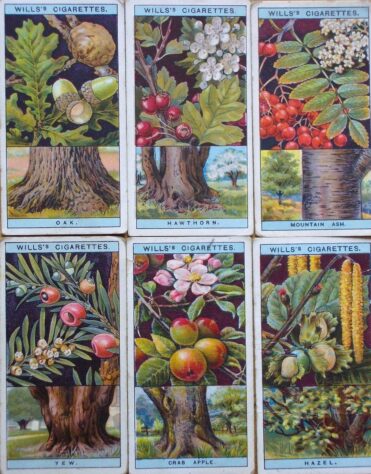 To impress the client or customer many had good pictures relating to the product or service in question and the more attractive the card the more likely it would be retained. Soon the cards began to be collected in their own right. Then the practice of producing cards in series started and manufacturers as well as shops as businesses got in the act as a good advertising ploy. The trend soon spread across Europe and the UK especially among the English manufacturers who exported to the European mainland. The range of themes on the card series was extensive and included animals, flowers, plays and operas. These cards were handed to customers and clients. 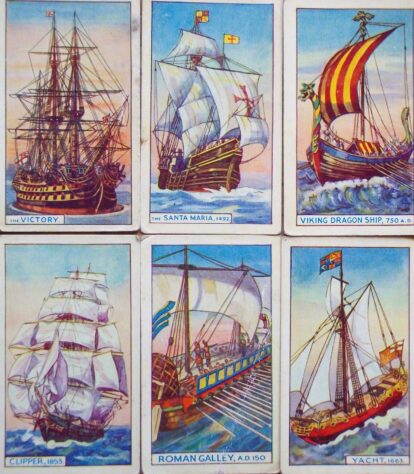 In the late 1800s tobacco companies began selling cigarettes in flimsy paper packets and in order to protect the contents a stiff piece of cardboard called the stiffener was included to give protection to the cigarettes. Soon they turned these utilitarian stiffener cards into an advertising platform by issuing sets of collectible cards themed around an encyclopedic variety of topics from culture, nature, sport and war. 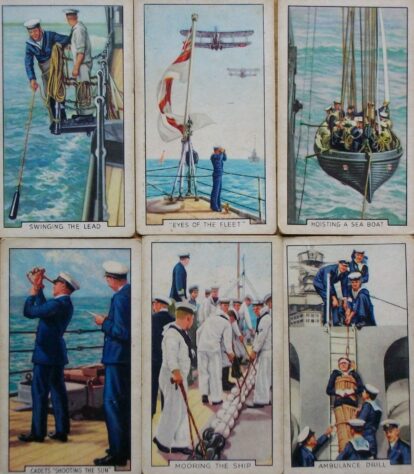 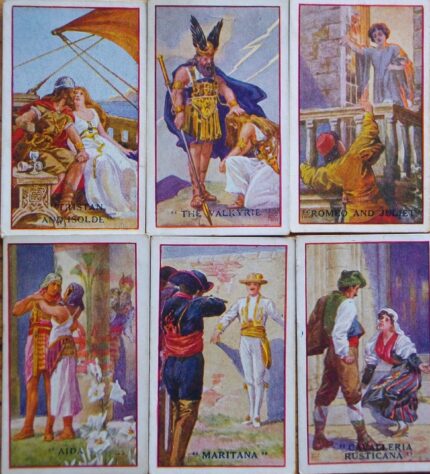 In 1893 in the UK, John Player produced one of the first general interest card sets with “Castles and Abbeys”. Sets of cards typically consisted of 25 or 50 cards on the related topic. Each card had on the front a picture of the subject and on the back a brief description of it. Collecting these cards became popular. 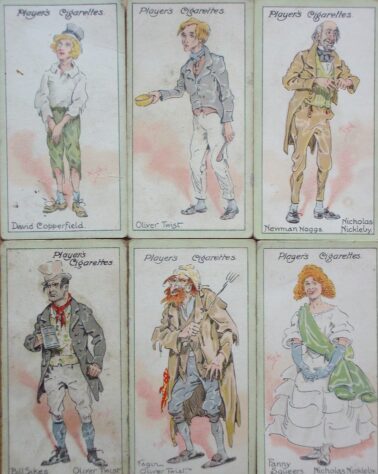 Some of the tobacco companies who produced cards were Wills, Players, Gallaghers, Murrays and Ruddells. Cigarette card production ceased at the beginning of WWII to conserve paper and never really resumed after the war.

the work of Jack B. Yeats

Player’s card set of “Irish place names” from the late 1920s show scenes of various locations around Ireland, giving a brief description of the site and the origin of the name. The drawings of the scenes are the work of Jack B. Yeats. Ruddells of Dublin produced the “Grand Opera Series” and “Songs that will live forever” about 1924. 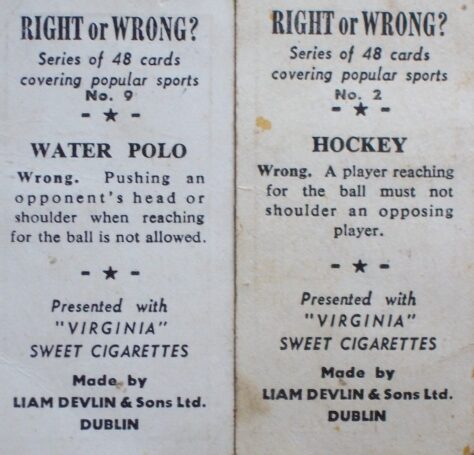 Cigarette cards with a difference were produced by Devlin & Sons, Dublin in 1963 with a series called “Wild Wisdom” and “Right or Wrong”. They were presented with Sweet Cigarettes – a form of candy not tobacco. Cartophily is the hobby of collecting cards. 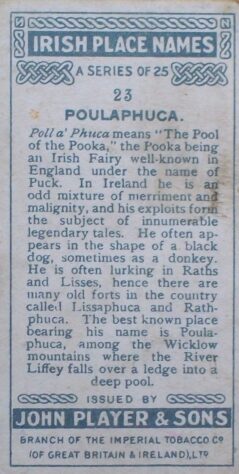 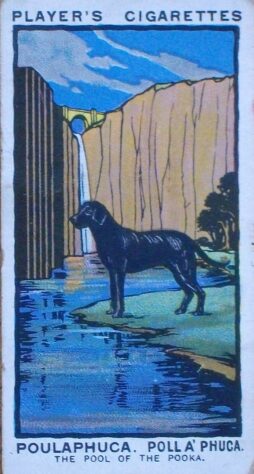