You are here: HomenextPlacesnextOld Postcards of County Wicklow 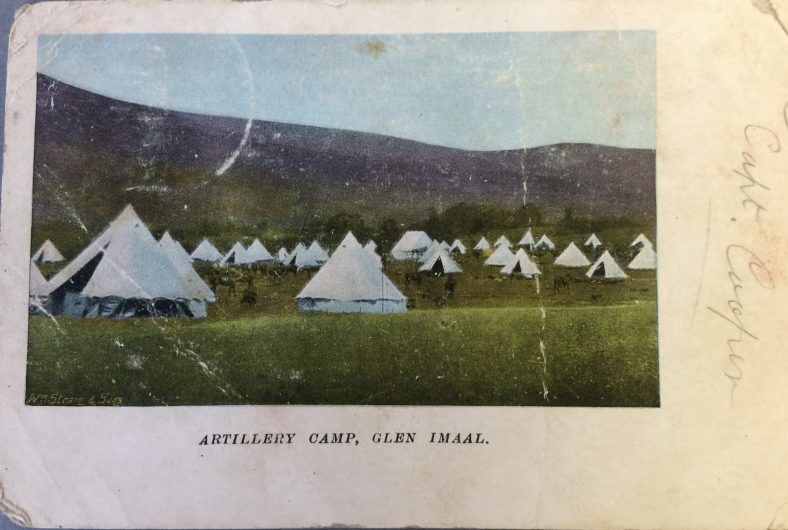 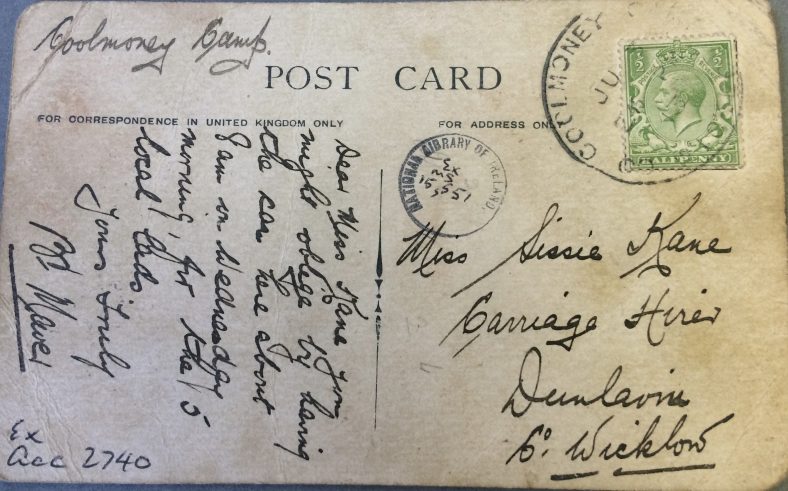 From the late 19th century, postcards were an important from of communication.  The message on the above postcard dated c1917 is a good example.   It says:

Dear Miss Kane you might oblige by having the car here about 8am on Wednesday morning for the 5 local lads. Yours truly, Mr. Mawer.  (The signature is difficult to read).

Credit for the invention of postcards is attributed to 2 Germans, but the Austrian postal authority issued the first postcard in 1869.   A year later the British government produced an official postcard through the Post Office.   It was pre-paid and cost one halfpenny. 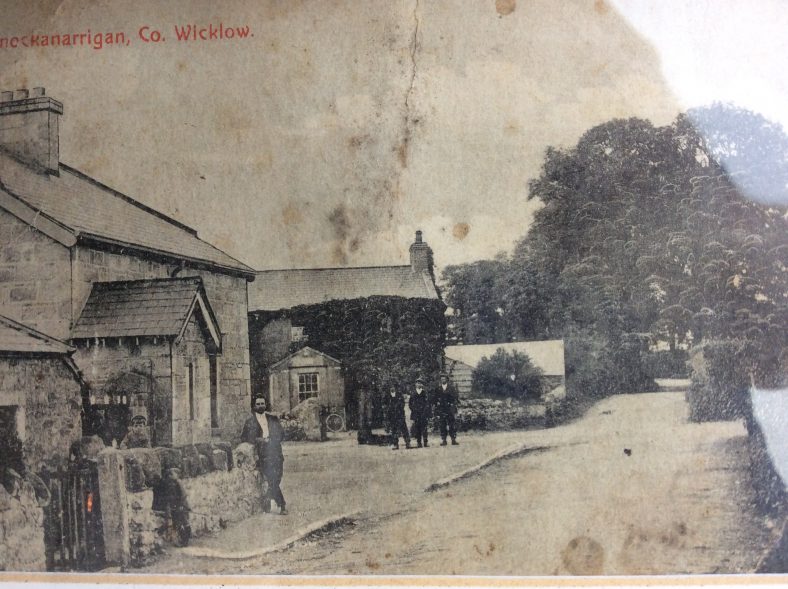 Postcard of Knockanarrigan with view of village including the Dispensary, Loan Fund Office and RIC Barracks. The water well is to the left of the 3 gentlemen. Image Karen Allison © 2020

The commercial potential of the postcard was quickly seen.  It proved to be a cheap way of advertising.   Also, as the concept of leisure time evolved, postcard popularity gained ground.  Eventually, they were produced by businesses and not government. 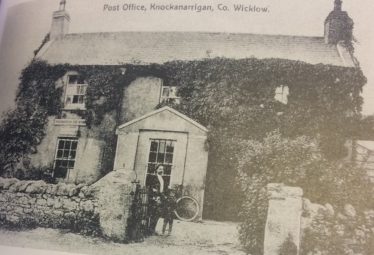 From 1900-1915 postcards were at their height of popularity.  They were cheap and convenient. 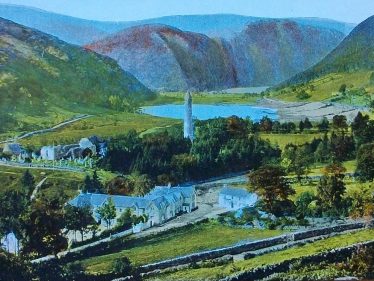 During WWI they were used to communicate propaganda.  After WWI, as telecommunications developed, they declined in popularity.   From around 1950, the high quality of photography led to the production of the glossy, colourful postcard.

And as economies recovered from WWII, holidays became popular with all classes and with that the postcard bounced back only to be deflated again by the rise of the internet and social media.

Here are some more postcards depicting scenes in County Wicklow. 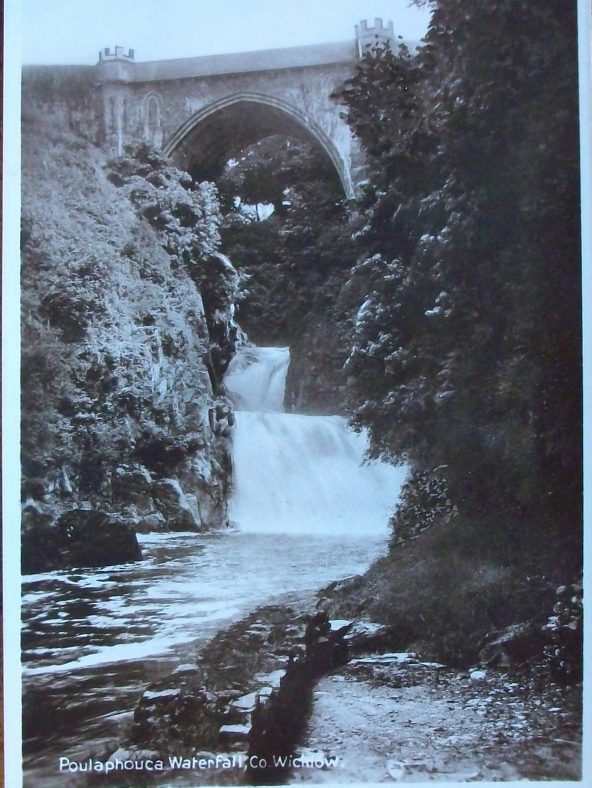 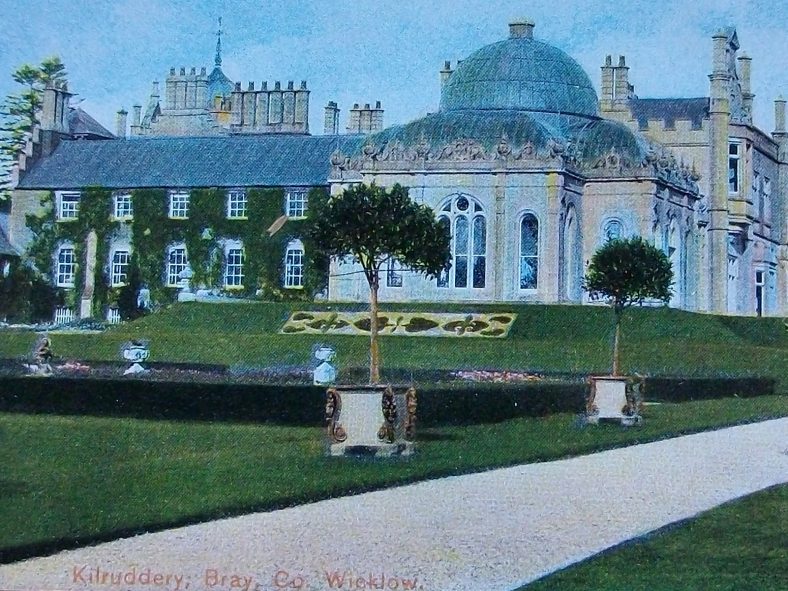 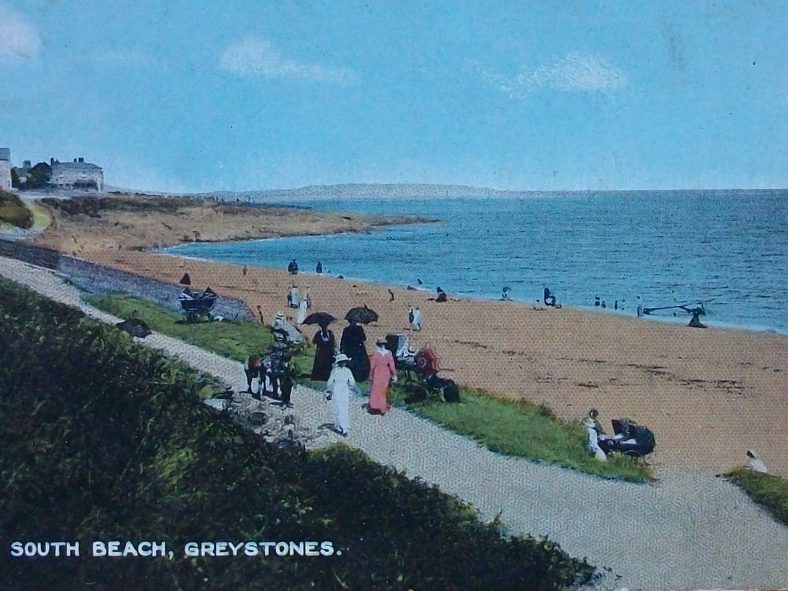 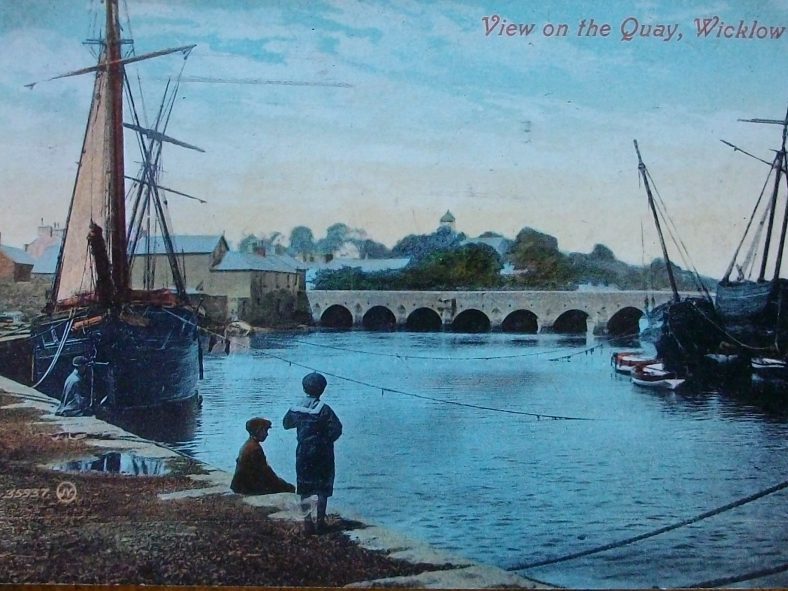 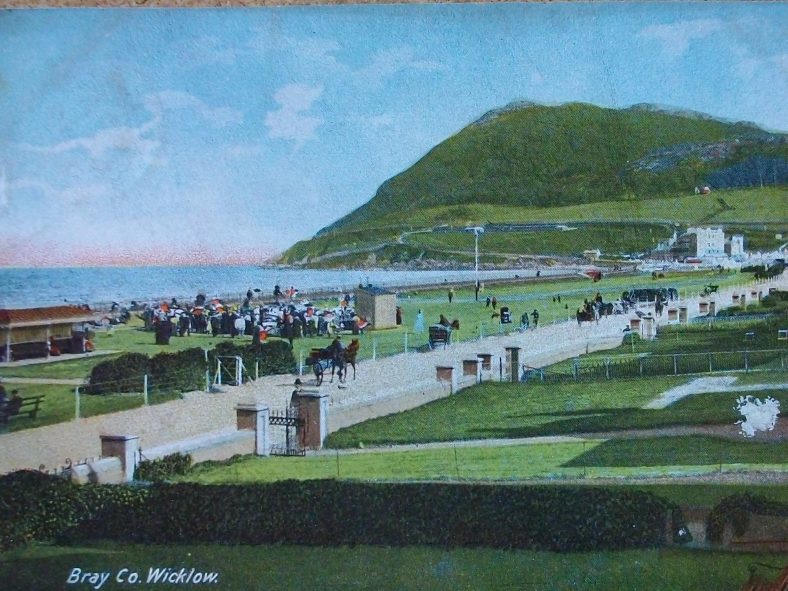 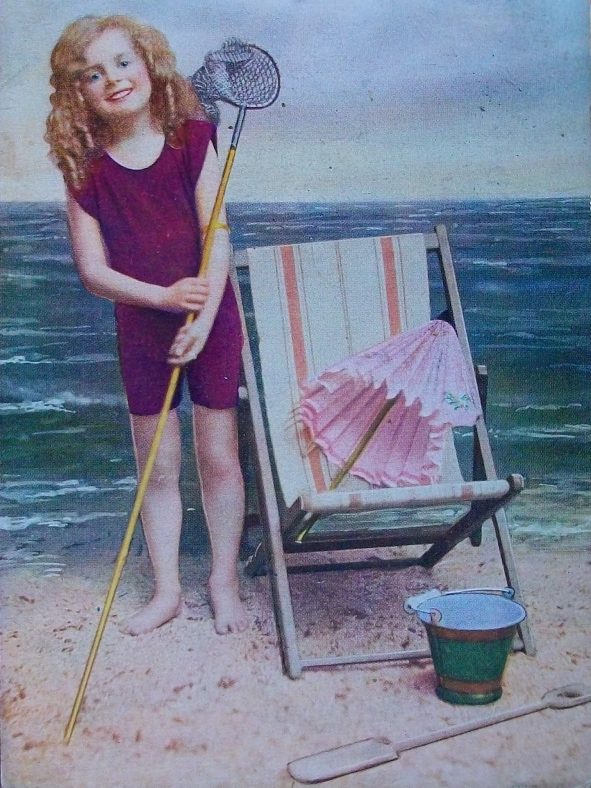