You are here: HomenextPlacesnextBoundary Stones, Artillery Range, Glen of Imaal 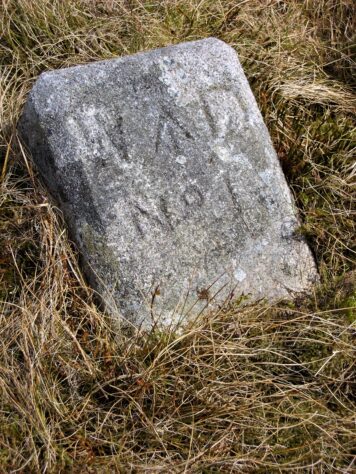 The original artillery range in the Glen of Imaal was established in 1899 by the British Army and in order to delineate the range’s perimeter, boundary markers were placed around the edge.

These markers or boundary stones were large granite posts, square in section 30cm by 30cm and 90cm long, incised with the War Department’s initials WD, the broad arrow symbol and a unique number for each stone.  In total, 17 stone posts were erected around the perimeter but they did not completely encompass the full artillery range.  The inscriptions were precisely done and the completed posts are good examples of the stone mason’s craft. 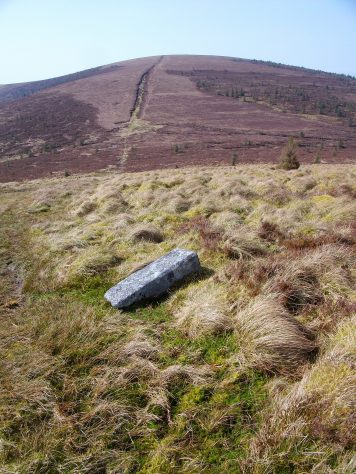 Many of the posts have disappeared due to removal or submersion in the soil or bog.  Some of the extant ones have been toppled over but are still visible. 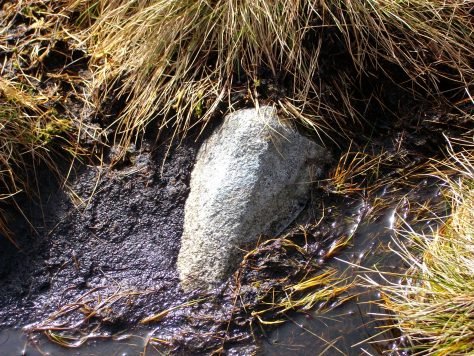 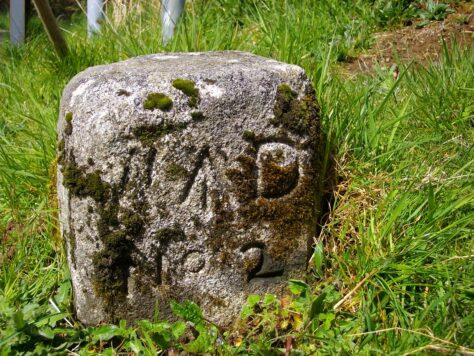 The 1st post or boundary stone was located on the col (gap) between Lugnaquilla and Slieve Maan.  The range perimeter then ran down the Little Slaney water course to Coan ford, post No. 2.  It then followed the track from Coan ford to Knickeen ford till the River Slaney crossing was reached, post No.3.

From there it ran down river and then followed the townland boundaries of Leitrim, Knickeen, Lobawn, Pollaghdoo and Table Mountain, being marked by posts 4 to 17 along the way at strategic points. 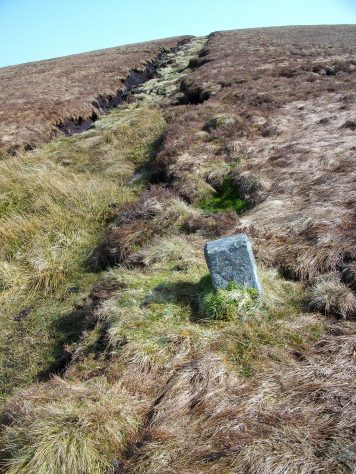 No.17, the last one, is located at the start of the long gradual incline up to the summit of Table Mountain  The rest of the perimeter was left unmarked.  The current artillery range is somewhat different to the original one.   Similar posts may be seen around the perimeter of the Kilbride Rifle Range near Brittas.  Walkers traversing the ridge walking from Sugar Loaf to Table Mountain will come across some of the boundary stones along the  way.

Before 1855 when the War Department was established, the government body responsible as custodians of lands, depots and forts was the Board of Ordnance and their boundary markers were of a similar nature to the War Department ones but with the initials BO and the broad arrow symbol only.  Examples of such may be seen on Ireland’s Eye and Shenick Island, Skerries where there are Martello Towers from the Napoleonic era. 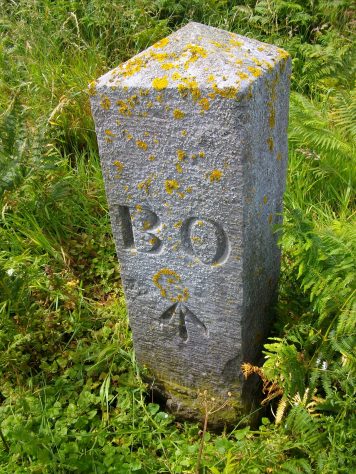