You are here: HomenextPeoplenextWHO WAS GRANNY? 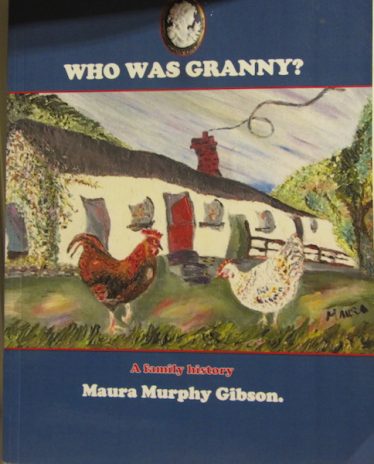 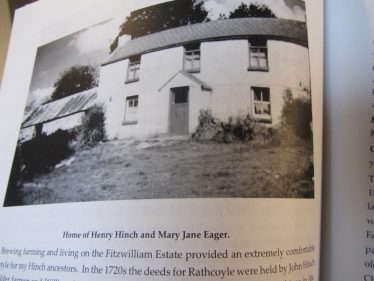 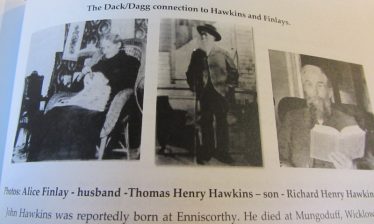 Who was granny?  The title of  a book written by Maura Murphy Gibson and tells the story of her family and their lives in west Wicklow.

Maura Murphy Gibson is a woman not known locally and who lives in county Kildare having spent her childhood in Ballymount in Dublin. Because of a curiosity about her family genealogy, a seed was sown and  the book ‘Who was Granny?’ was published.

Lead to this fascinating book

Maura began her journey wanting to write down the story of her grandmother and her life in Drimnagh Castle.   She knew nothing of the early life of this woman who was so important in her life and the life of those around her.  The story grew as the research developed and lead to this fascinating book which is also full of local history about our own area here in west Wicklow.

Her  grandmother married out of her faith

The book tells the story of how her  grandmother married out of her faith and had to leave her home because of this. Maura’s grandparents were Kate Langrell and Michael Traynor and they were married in Dublin in 1895 and began their married life in Drimnagh Castle.  Michael worked as a wheelwright and farm labourer and together they also kept a market garden, selling their produce for an extra income.

In 1994 a family gathering was held to celebrate one hundred years  of the  family connection to Drimnagh castle. Maura was surprised at how little was known about her grandparents and their early life.  So, together with her cousin Connie, they began to research the family history.

The book follows the family from Dublin, where Maura was born, telling the story of her upbringing and that of her close relations, back through the generations to the counties of Wicklow and Wexford.

Trips were made to Kiltegan and Rathdrum.  Graveyards were walked and houses found and so the story was built up over a number of years.  The story carried right down to Davidstown and Donard.

Maura has followed her family back to the 1798 rebellion and the book is full to the brim with the history of the people who lived and died in this part of Wicklow.