You are here: HomenextPeoplenextSt. Sylvester's Legacy in Donard 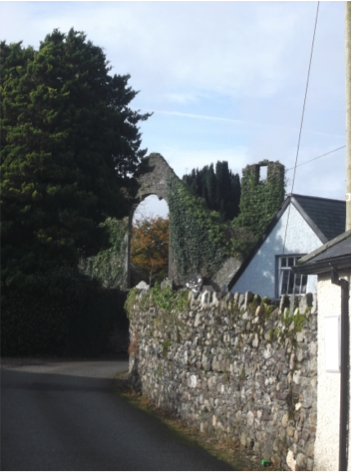 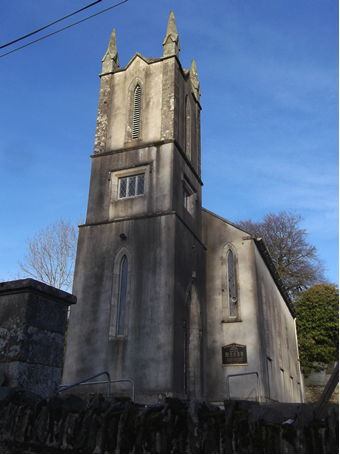 Domhnacha-Arda means the church of the high field

In 431 Pope Clementine sent Palladius to be Bishop to the Irish that had adopted Christianity.  He travelled from Britain with some other clerics and landed at Wicklow Harbour.   Palladius was eventually expelled from Ireland by Prince Naithi. However, he left behind Sylvester and his brother Solinus to run a church he had established at Domhnacha-Arda(1).  Domhnacha-Arda means the church of the high field and it is thought that its foundations are on top of Slievegad also known as Church Mountain(2).  Below the mountain, at Knocknakeeraun hill, is evidence of an early settlement (3). Certain maps refer to this settlement as “Old Donard”. Were these the church’s parishioners and the name Domhnacha-Arda became Donard?

300 years later and Donard is becoming established in it’s current location. Dr. Pat Dargan, in his book “Wicklow Villages – A Historic Guide”, writes that today’s Donard “…..can trace its origins to a monastic foundation …. established sometime around the eighth century”. He adds that this monastic site was where the ruined medieval church known as St. Sylvester’s, and the old graveyard stand today(4).

Arthur O’Toole and his accomplices.

Eight hundred years later, in 1532, the monks’ church in Donard was destroyed by Arthur O’Toole and his accomplices. However, either this was repaired or a new one built because records state Dionisius O’Somaghan was preaching here the following year (5). Just 3 years later Henry VIII began the dissolution of the monasteries.

Less of an immediate target for Henry VIII

In 1536 Baltinglass Abbey was suppressed and from then on its monastic church became a parochial one (6).  Being a smaller concern, the monks and their buildings in Donard would have been less of an immediate target for Henry VIII. However, they are included in a list of “Extants of Monastic Possesions 1540 and 1541”(7). If the church was still functioning at that time, this could be when Donard’s church became parochial as well.

Used as a barracks which “greatly injured it”

In 1674 there was a functioning church on this site i.e. where the old church ruin and graveyard are in Donard. In a publication by the Revd. Norman P. Styles, the vicars in Donard are listed beginnning in 1674 (8).  Unfortunately in 1798, this church was garrisoned by the yeomanry and used as a barracks which “greatly injured it”(9). Following this “attempts were made to make the building serviceable but these were unsuccessful and in the year 1835…..the Board of First Fruits made a grant of £850 available for the building of a new church” (10). This is the Church of Ireland building that is still used today.