You are here: HomenextPeoplenextSandes Homes in Glen of Imaal

Sandes Homes in Glen of Imaal 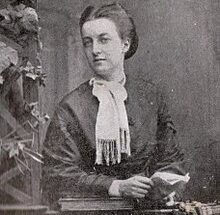 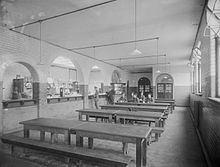 The Sandes homes offered a place of quiet and comfort to soldiers away from the parade ground.

Elise Sandes was born in Tralee, County Kerry in 1851 to a wealthy family.  She spent time in Dublin with family friends and it was here that she saw first-hand christian evangelical work.  She was very taken by this life and began to help and learn and gather together the skills she would need for her future work.

the temptation to drink and gamble

Her work with soldiers came about after a meeting with a young soldier in County Kerry whom she befriended and learned through him of the loneliness of being away from his family and also the temptation to drink and gamble.  By the age of 25, Elise had opened her first  home in Cork city in 1877.  It was a meeting house for soldiers offering  the comforts of home away from home.  Her ambition was to have a Sandes Home in every garrison town so the good work could be carried out wherever there were soldiers.

Improve their lives through learning

The Sandes homes were tea-total and offered soldiers a place to spend their free time other than the public houses, local brothels and gambling dens.  All the homes had a tea room and a reading room.  Soldiers were encouraged to improve their lives through learning and reading.

Miss Sandes attracted wealthy patrons who had similar christian and evangelical beliefs- based lives, and these people gave financial backing to the homes to set up and employ the staff needed to run them.  The Homes were very well run and became successful all over Ireland and in later years all over the world.

She was based at the Curragh camp, Co. Kildare and was living there when WW1 broke out only leaving to live in county Down in 1922 when the Free State was founded. The tea room and reading room in the Curragh camp were very successful and important to the well being of the soldiers stationed there.

The Glen of Imaal

In the summer months the army would move camp to the Glen of Imaal and set up a tented camp with full training and manoeuvres happening.

Set up in tents alongside them

At the time the Curragh Camp held 5000 soldiers.  When it moved  to the Glen of Imaal for the summer months Miss Sandes and her staff and all the paraphernalia required to run her organisation moved with them and set up in tents alongside them to carry out their work as normal.

She was needed in time of war and of peace

She became a well known figure in the area and her good works were famous. She first set up her tented home in 1901 and came every year after that until the outbreak of WW1 in 1914. The idea of the tented Sandes Home was first used in the Glen of Imaal and helped in  being where she was needed in time of war and of peace.