You are here: HomenextPeoplenextHugh Fox

In conversation with Hugh Fox of Ballineddan, February, 2022. 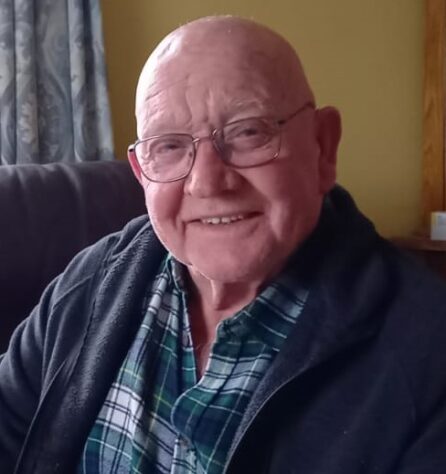 I wasn’t born here. My grandmother brought me back with her from Swansea where she was visiting her daughter. I was three and delighted to be the centre of her attention. Then war broke out on 1st September, 1939. We couldn’t go back across the Irish Sea. I didn’t see my parents again and my three new brothers and one sister until the late 40’s when they came over in July and every July after that until it was time to go back to school in early September. They were all sad leaving and I stayed on, going to school in Seskin.

It was a long walk to school, three miles each way.  My two uncles put two poles across the Slaney at Coan Ford so I could cross. I well recall the cries of the curlew, the snipe and the crane to this day. I walked by the army range and got to know the soldiers who were building an anti-tank range, so I got short lifts to and from school. Just outside the back wall of our classroom, when heavy artillery was fired, we had to open the windows so the glass didn’t crack with the vibrations! Some of us threw up with fear. On occasion the school closed and we got off. Mrs Tutty taught me and many still around about here up to the age of fourteen in the old old school at Seskin, it’s now a holiday home.

From the war years right up to about 1950 there were shortages in the shops, so the government issued coupons for visitors and my family had to collect these from the Garda barracks in Donard. We cycled there. Then we shopped in Hoxeys in Knockanarrigan or Healys in Rathangan.

Back then, the quality of living was poor, no inside piped water, no electricity, no inside toilet. I was young and only interested in catching rabbits to earn myself good money to be independent and choose and buy my own clothes! One rabbit was worth a half a crown at that time. 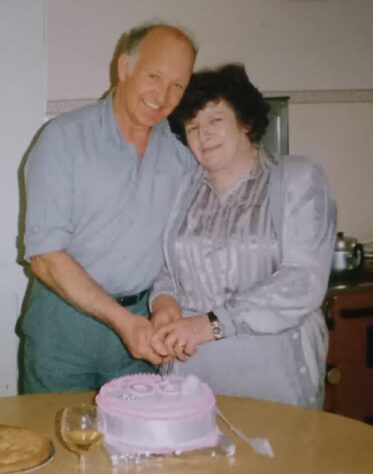 I met Doris and we married in 1960. I tried my hand at everything to make the farm more efficient and to earn money for our growing family. I was out many
evenings going to Macra na Tuatha meetings, parish event organising etc and Doris put up with it all! I worked in forestry and other farms – management and buildings. Latterly I worked for the Dept of Defence as a herd. I helped with the All Ireland Sheep Shearing competition in Donard in the 70’s. The Deer Fair went on for two weeks back then and we organised venison suppers at the Marquee Dances, the proceeds going to the Churches in the area. I kept a wild stag and had him on show, not acceptable nowadays! Fr. Dempsey produced many of John B. Keane’s plays annually and I had parts in them, it was fun travelling with the plays and we entered local drama festivals.

Doris had a lovely voice, she sang and played the church organ in Donard and Davidstown. She was qualified as a Comhaltas Ceolteori Eireann teacher and every Thursday night she taught the tin whistle, piano and keyboard with Mrs Whittle to all who wished to learn.

Twenty five years ago we moved from Ballinfoyle to Ballineddan into a new house, which we very much enjoyed.

I do remember the snow in 1947, but for me, 1963 was worse. You couldn’t get in or out. For six weeks there were blizzards and drifts of snow. It took ten days to shovel our way out. We uncovered a sheep alive under two yards of snow after six weeks, her heat and breath had made an igloo around her and she had melted snow to drink !

I loved travel. The most enlightening trip that my sister and I were on (she was my travel partner for many years) was a cruise on the river Nile. To see the massive pyramids from 4,500 years ago and to see modern Egypt by contrast was a real pleasure. My sister was a supporter of the Anti-Apartheid movement in South Africa where she lived and I was welcomed in townships as her brother and saw at first hand horrific poverty.

Doris went to the daycare centre in Baltinglass hospital and, as she became more used to it, for respite care and then, the home became her home. I am in awe of the professional care given by the staff there. I was let volunteer and enjoyed organising games, sing-a- longs and dancing competitions with the occupational therapist every week for about four years. I got more out of participating, I was Mrs Brown in one of their plays! I was always made welcome and also after Doris passed away.

Covid stopped a lot of activity and I am ready to be out and about again. I am fortunate to have family close by to share a walk or hop into their cars for a jaunt. 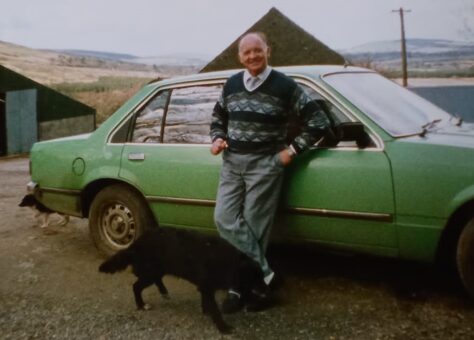 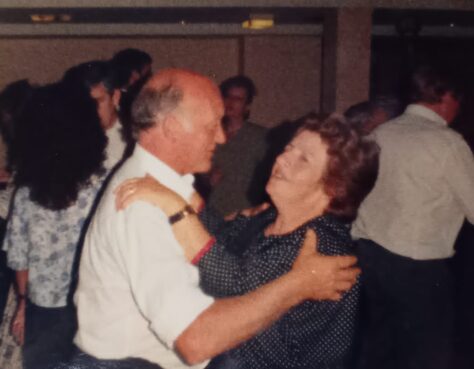 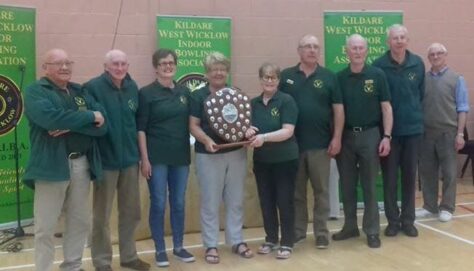 Hugh with the Donard Bowling Team. Courtesy of Hugh Fox

Transcribed by Geraldine Cleary for the Donard Glen History Group.